If you've ever been to a religious funeral, it's a fair assumption that this type of service was in line with the deceased's wishes. While census data indicates that 52.1% of Australians have an affiliation with one of the different varieties of Christianity, this percentage has declined from previous census results. Additionally, some 30.1% of Australians have no religion. If you're an atheist, what's to stop your family from giving you a religious funeral when you pass away?

Be Clear About Your Wishes

A little trust goes a long way. Despite the fact that you don't believe in God, your family might. However, the very fact that you don't wish to have a religious service should be enough to prevent it from happening, as long as your next of kin is very clear about your wishes. You need to clearly communicate your preference for a non-religious funeral, and you can even record this in your will. For added certainty, your preferences should be written down separately, as your will might not be executed until funeral arranging is well underway.

When it comes to executing your will, and by extension, your final wishes regarding your funeral—who do you trust with the responsibility? It's an uncomfortable thought, but if you suspect that your next of kin would opt for a religious service, you may wish to appoint a trusted person as your executor. This could be a particular family member (one who will be sympathetic to your wishes), a friend, or even a lawyer. By formally naming an executor, you're granting them the power to make your funeral arrangements in line with your wishes. Whether your family wants a religious service becomes a moot point, as they will no longer have the legal authority to make any specific decisions pertaining to your funeral.

The absence of any religious components to your funeral can be broad or detailed. You may simply state that you don't wish to have a religious service and that your funeral should take a humanist approach and leave it at that. You may also wish to be specific, noting any particular (non-religious) readings or songs you want to be featured at the ceremony. You can also express a preference for the venue. While a church is clearly not appropriate, the chapel or hall at the funeral home will be a good choice. Funeral homes are experienced with hosting both religious and non-religious services.

It's a fair expectation that someone's religious beliefs should be acknowledged at their funeral, but it's just as fair to assume that someone's atheism should be respected. Contact a funeral arranging professional to learn more. 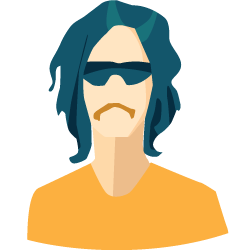 My uncle disappeared one day after rock fishing. It was really hard for my aunt because there was not a body to bury, but it was pretty clear that he had been swept out to sea. It turns out that this happens a lot, especially with sailors and people who spend a lot of time on boats. The funeral home organised a beautiful memorial service so that we could have a chance to say goodbye. It was a really beautiful ceremony and very true to his spirit and personality. This blog is all about ceremonies for people who are missing and has tips from experts as well as people who've gone through the experience of losing a loved one.

How To Prepare For An Asian Funeral
26 January 2023

Funerals are never easy, and they can be especiall …

If you haven't attended a funeral service before, …

Planning Your Funeral? How To Prepare For The Costs
23 May 2022

If you're in the process of preparing your estate …

Funerals are not typically fun events. However, if …

Today, many people prefer to pre-plan their funera …